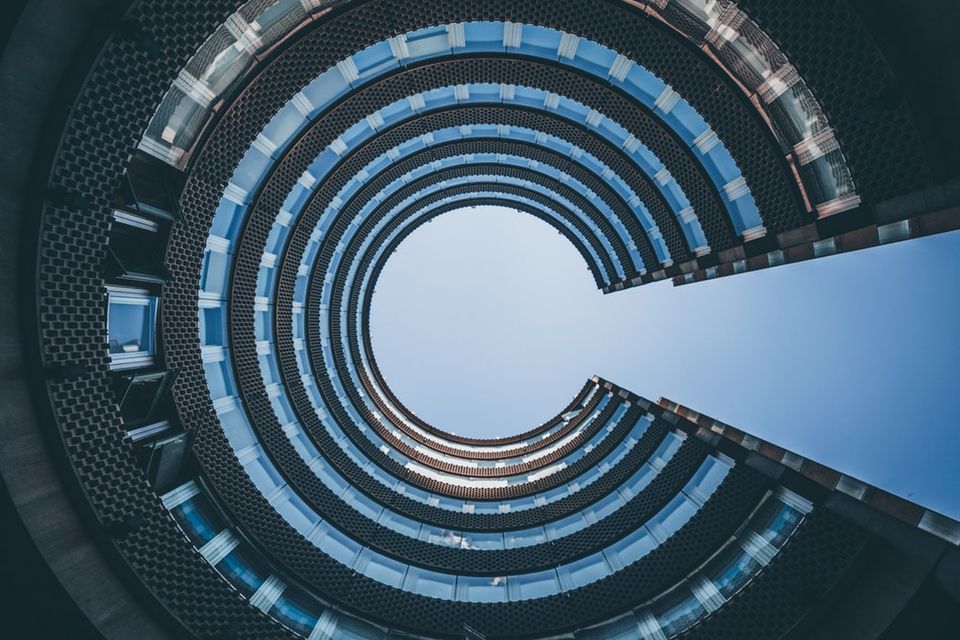 Blockchain - the latest buzzword in tech. Unless you are a caveman, you definitely have heard about Bitcoin and the impressive technology - blockchain - that enables Bitcoin transactions around the world. For the past few years, we’ve been inundated by this word in casual conversations, conferences, social media, journals, and magazines. What does it have to do with your work or life, especially when you haven’t got the slightest interest in cryptocurrencies?

In this article, we talk about blockchain technology for the layperson and explain how it will change the business world.

What is this blockchain, really?

Imagine you are at a work party with an open bar. The mood is festive, laughter is ringing in your ears, and you walk towards the bar to get yourself a Whiskey on the rocks. Your colleague requests that you bring a glass of wine for him too. You approach the bar, get the two drinks and walk back to your table.

Blockchain networks are like an open bar. Everyone in the party knows about the open bar, they can see what happens at the open bar, and have access to it. The interactions at the open bar are transparent, no one has a monopoly over it, and anyone can buy a drink. The only exception from a normal open bar is that whenever you get a drink, this open bar registers the transaction. No one can deny or claim the drinks they had or hadn’t taken. Moreover, just as each drink is taken, this open bar automatically updates everyone about the interaction. This reconciliation helps in letting everyone know what is available and what is not.

Bringing this to tech terms, the data existing across the blockchain network is shared. This decentralization of data reduces the risk of hacking as the blockchain network is hosted by millions of computers (nodes) across the world, simultaneously. Since there is no single, central entity that owns or controls the data, corrupting the data is a near impossible task. Each recorded data point on a blockchain is public and verifiable. This is how public, permissionless blockchains like Bitcoin and Ethereum operate. Later we’ll cover new permissioned blockchains like Hyperledger which are better suited for B2B use cases, like Healthcare for example.

Think, countless numbers of open bars distributed across the world that are accessible to everyone. These bars automatically registers every interaction at each bar, and no one can alter the information once it is created.

The exchange of data on a blockchain network happens between consenting parties. This doesn’t mean that only people who are familiar with each other can engage in a blockchain network. Using encryption technology with public and private keys, blockchain networks protect their data. A private key, visible only to its user, verifies their identity while making a data exchange. During the exchange, a public key derived from the private key, transforms into a hash function, which produces an address that is visible to everyone on the network.

Coming back to our open bar metaphor, think about outsiders trying to crash our open bar. They are unsuccessful at that attempt because our open bar is quite secure and strict about each user’s identity-- which is also verified by other users.

The transparency in data storage and exchange elicits a trust among the participants. Everytime an information exchange happens on the network, it is recorded and forms an immutable ledger, which increases the trust factor. No information is hidden from anyone and all information can be accessed by everyone. The trust and security that a blockchain network offers makes the technology revolutionary with infinite potential use cases.

But, how will this help me?

Until recently, people thought of blockchain only in association with Bitcoin but its scalable features have made blockchain appealing to a range of fields from finance to music. With decentralization of data, transparency, and incorruptibility, blockchain is predicted to be Internet 3.0.

Extending the concept of decentralized ledgers, Nick Szabo developed what is popularly known as Smart Contracts. Traditional contracts are converted into a code that is stored and replicated on a blockchain network. The greatest advantage of smart contracts is that they will remove unnecessary third parties and complexities in transactions.

In our metaphoric open bar, you don’t have bartenders or waiters taking your order. It is a self serve system. It gets smarter also. When your colleague asks you to bring him a drink from the open bar in exchange for saving a seat for you this forms a smart contract with its own rules, agreements, and penalties for violation. One that is public and cannot be altered by either party. If the colleague fails to save a seat, the contract automatically enforces the penalty as defined.

Across industries, smart contracts will transform the way we deal with agreements and transactions. Blockchain technology will streamline business processes with smart contracts resulting in accurate, transparent, and efficient workflow.

According to healthcare technology trends for 2018, blockchain technology will overhaul data management, playing a direct role in imparting a patient-centric healthcare system. Patient health data can be encrypted and stored on a blockchain network accessible only by private keys. This will solve the problem of data interoperability and improve the efficiency of healthcare administration. Capitalizing on smart contracts, a multitude of processes in health insurance will be streamlined and automated.

In real estate, middlemen will disappear and people will interact directly with their clients. Rental and lease agreements will be coded into smart contracts. Contracts will automatically be implemented once the client makes their payment. This will reduce the time involved in these processes as well as improve the legitimacy of an agreement.

Blockchain is going mainstream in 2018, with more and more industries actively adopting decentralization. We have only begun to scratch the surface of the potential use cases of this revolutionary concept. Stay tuned as we plan to talk a lot more about decentralization and blockchain technology in the future.